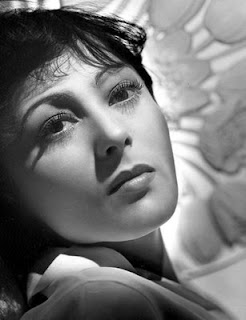 Co-star William Powell described her as "one of the most natural persons I have ever known. Moreover, she is generous, patient and possesses a magnificent sense of humor. . . She has judgment and an abiding understanding which make it possible for her to portray human emotion poignantly and truly. . . Everything she does has been subjected to painstaking analysis. She thinks over every shade of emotion to make it ring true. "
Born January 12, 1910 in Germany, she went on the stage at the age of sixteen. She became a well-known German and Austrian stage actress before entering into Austrian films. In 1935, she came to Hollywood and was cast in "Escapade", opposite William Powell, who was so impressed with her that he insisted she be billed with him above the title and even introduced his co-star at the end of the film. 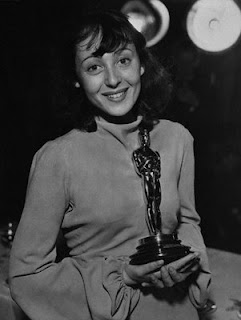 The next year, Producer Irving Thalberg lobbied for her to play the role of Anna Held, insisting that Luise Rainer was the only actress who could play the part. She was cast (again opposite William Powell) and her heartfelt performance, particularly in her final scene where she telephones Ziegfeld to say 'goodbye', was praised by audiences and critics alike. On March 4, 1937, she was awarded the Best Actress Academy Award.

Her next film, "The Good Earth" (based on Pearl S. Buck's best-selling novel), where she plays the wife of a Chinese farmer whose land is threatened by famine, earned her another Best Actress Academy Award, becoming the first actress to win consecutive Oscars, a record unmatched until thirty years later by Katherine Hepburn.

Unhappy in Hollywood, and feeling emotionally drained, Rainer left Hollywood in 1938 for Europe, where she studied medicine and returned to the stage, occasionally appearing on television.

At the beginning of this year, she celebrated her 100th birthday, making her the oldest surving Oscar winner. She will be appearing in April as a special guest at the Turner Classic Movies Film Festival to introduce a new restored version of "The Good Earth". She currently resides in England.
Posted by SEProductions at 10:00 AM