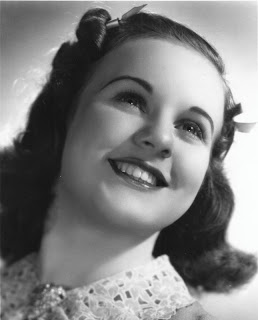 "Deanna's genius had to be unfolded, but it was hers and hers alone, always has been, always will be, and no one can take credit for discovering her. You can't hide that kind of light under a bushel. You just can't, no matter how hard you try!" (Producer Joe Pasternack)
Her real name is Edna Mae Durbin (she was actually always called "Edna" - not Deanna). Born in Winnipeg, Canada, her parents moved to California when she was little. When she was 14, she appeared in an MGM short, Every Sunday, with newcomer Judy Garland. However, MGM dropped her and her contract was picked up by the almost-bankrupt Universal. Together with producer Joe Pasternack and director Henry Koster, they launched what would go on to be a successful five year collaboration that saved Universal Studios from bankruptcy and cemented her as one of the great musical stars of the era. She became, literally, an overnight sensation with the release of her first film, Three Smart Girls. When she was 21 years old, she was the highest paid actress in the world! 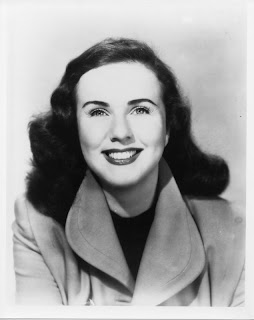 Deanna's voice was classically trained and she specialized in classical songs, even performing operatic numbers with skill. She did sing some popular and folk selections, but usually with a classical style. However, in Something in the Wind, she performed pop songs with a remarkable effect (although the highlight of the film is when she sings a duet from the opera Il Trovetore with Metropolitan Opera star Jan Peerce). During her career she would costar with such movie greats as Bob Cummings, Herbert Marshall, Robert Stack, Charles Laughton, Joseph Cotten, Pat O'Brien, Gene Kelly, and Donald O'Connor. She also was a frequent performer on Eddie Cantor's radio show, often performing with child singer Bobby Breen.

She was one of British Prime Minister Winston Churchill's favorite stars, and he had her movies privately screened before release in Britain. Italian dictator Mussolini published an open letter asking her to persuade President Franklin Roosevelt not to get involved in WWII. Anne Frank had photos of her tacked up on her picture wall in the Annex, which are still there today. During her career, her fan club was the largest in the world. (In the late 1930s, she made a personal appearance in her hometown of Winnipeg, where the crowd went wild at her arrival.Her mother, who was travelling with her, suffered several broken ribs, and the police had to lock Deanna in a jail cell overnight for her own protection!) Her first screen kiss, in her 1939 film First Love, actually pushed the war news of of the front pages of newspapers around the world. 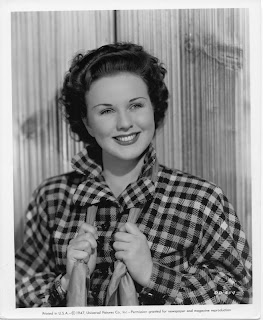 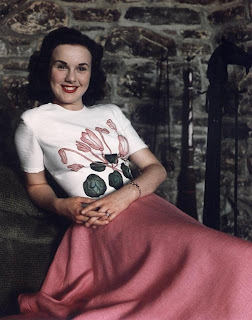 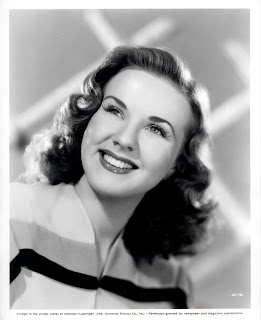 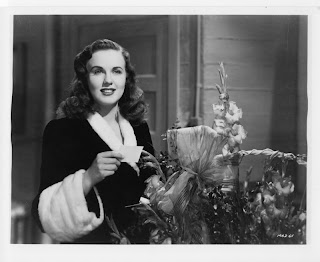 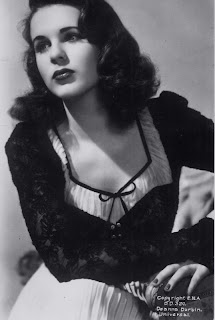 (Click thumbnails for larger photo.)
Always unhappy with life in Hollywood, she was constantly at odds with the studio. She always insisted that the persona created for her on the screen was nothing like her real self and that all she wanted was to be a normal person. When she was 27 years old, she simply walked away from Hollywood after her 1948 film, For the Love of Mary, turning her back on her career and fame. She moved to France where she married her third husband, Director Charles David (who directed her in Lady on a Train), in Paris and they lived in seclusion until his death in 1999. She has a daughter, Jessica (b. 2/7/46), and a son, Peter (b. 6/20/51). She continues to live privately in a farmhouse in a small town outside of Paris.